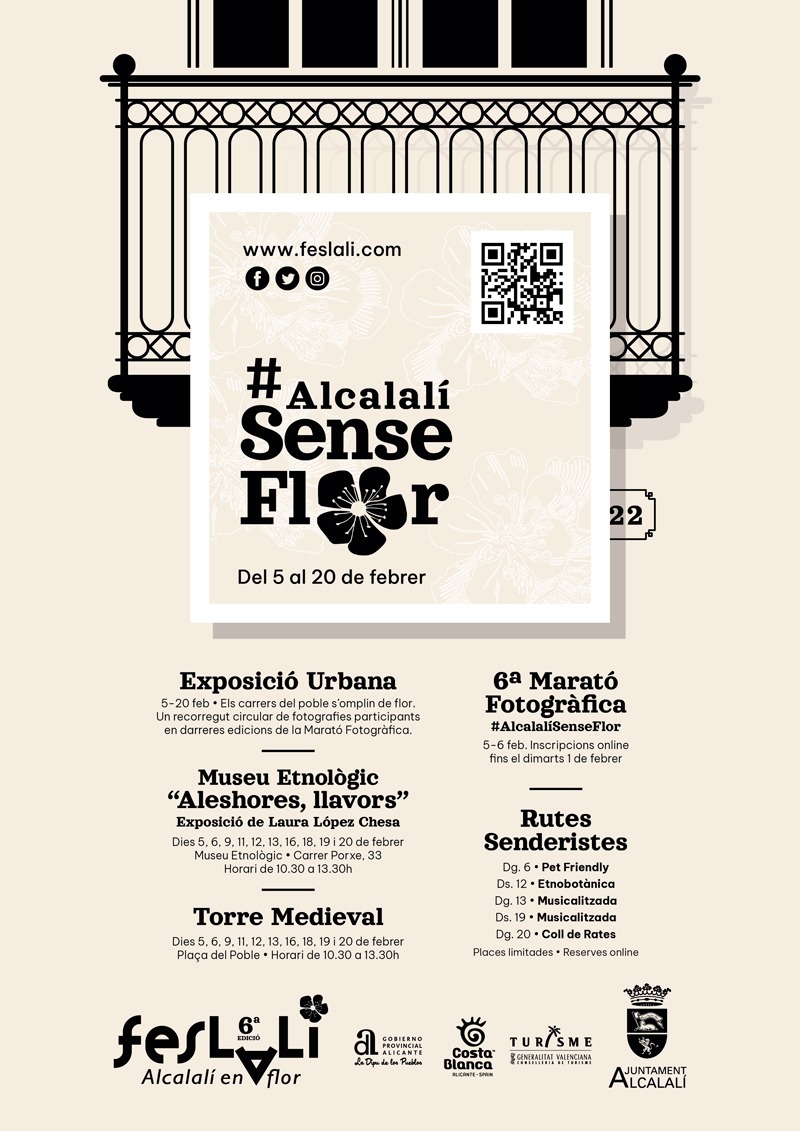 In this 6th edition of Feslalí we reinvent ourselves. We can no longer see the “Vie en Rose”, the Xylella bacterium has been responsible for this, which has wiped out a large part of the town’s almond trees.

The cultivation of almond trees in Alcalalí does not only have an agricultural dimension. It is one of our greatest landscape values, a sign of identity of our neighbours who generation after generation have guarded the territory. In Alcalalí we do not give up. We love our land, that is why we resist and will resist. In this 6th edition of Feslalí, we want to vindicate our most emblematic crop, pay tribute to the work of our farmers and commit ourselves to respecting the territory.

Under the slogan “Feslalí, #AlcalalíSenseFlor” we offer you, with the same enthusiasm as in previous editions, a programme of activities from 5th to 20th February which can be consulted at www.feslali.com.